You Are Invited For Another Evening Of Food, Fellowship and Basketball!

And perhaps a cold beverage or two . . .

Contact any Knights of Columbus member, or respond to John VanderSyde at john.vandersyde@LNF.com   or (804) 683-9181

We had a lower than hoped turnout for the March Blood Drive, but much of that may be attributed to the recent spat of severe weather and the DST time change.  We typically average 18 pints, but didn’t quite get there with 12.

Thanks to all of our brother Knights who participated – I don’t have the list of donors so we cannot publicly thank you at this time.

Good afternoon!  Thank you so much for the blood drive yesterday.  We did have lower participation but I think a lot had to do with the time change.

We registered 12 people and collected 12 units.

The next blood drive date is June 7th.  I will make sure to get the materials to you earlier this time. 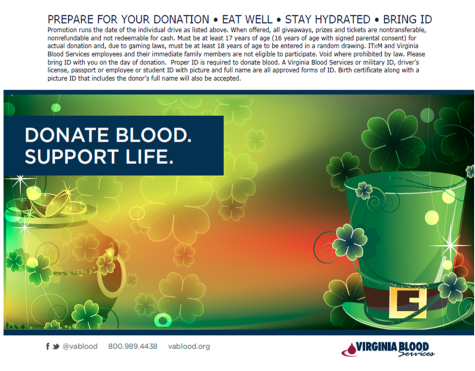 Virginia Blood Services is asking all eligible blood donors to help offset a weather-related shortfall in donations. This will allow the state wide area blood services provider to replenish blood needed for area patients that could not be donated due to last week’s storm.

Winter storms and freezing temperatures resulted in blood drive cancellations and hundreds in uncollected blood and platelet donations. Platelet donors, as well as blood donors with the most in-demand blood types—O positive and negative, A negative and B negative—are needed to give blood in the days and weeks ahead to offset the shortfall.

In preparation for their donation, donors are asked to eat well, stay hydrated and arrive with proper identification. Blood donors must be at least 17 years old (or 16 years old with parental consent).

In the Parish Center Meeting Room

Thanks for sharing Mike Kozak! 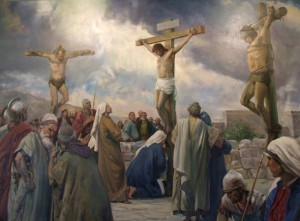 This is a short read, but very powerful. I hope to entice you with the first few sentences, and have provided a link to the complete post.

Some months after my son-in-law, Rob Susil, died, a longtime friend asked me, in a gentle but point-blank way, “Are you still fighting God?” The only honest response was, “Yes.” At which my friend said, simply, “You’re not going to win, you know . . .”

I think back on that exchange now, during the Lent following the fifth anniversary of Rob’s death, because Lent is the “acceptable time” (2 Cor 6:2) to ponder the mystery of suffering and death, and what it teaches us about God’s ways, our ways, and the incalculable difference between the two.

Even after a half-decade, the death of Dr. Robert Susil makes no sense by any human calculus.